UPDATED Nov. 7: Minuteman High School in Lexington honored six accomplished alumni, a trailblazing female athletic team and the memory of an inspirational teacher at the 2022 Hall of Fame Celebration on Friday, Nov. 4.

The Minuteman Hall of Fame honors alumni and former teachers, staff, coaches or teams who have gone above and beyond to exemplify the spirit of Minuteman High School – whether it be in the classroom, on the athletic field, in their community, or in the world of business and industry.

“It’s truly remarkable to bring generations of the Minuteman community together to celebrate what makes us special, our people,” said Dr. Kathleen A. Dawson, superintendent-director of the Minuteman Regional Technical School District, said in a Nov. 7 news release. “The legacy of the 2022 Hall of Fame inductees is embodied in the revolutionary spirit we cherish in our Minuteman students today.” 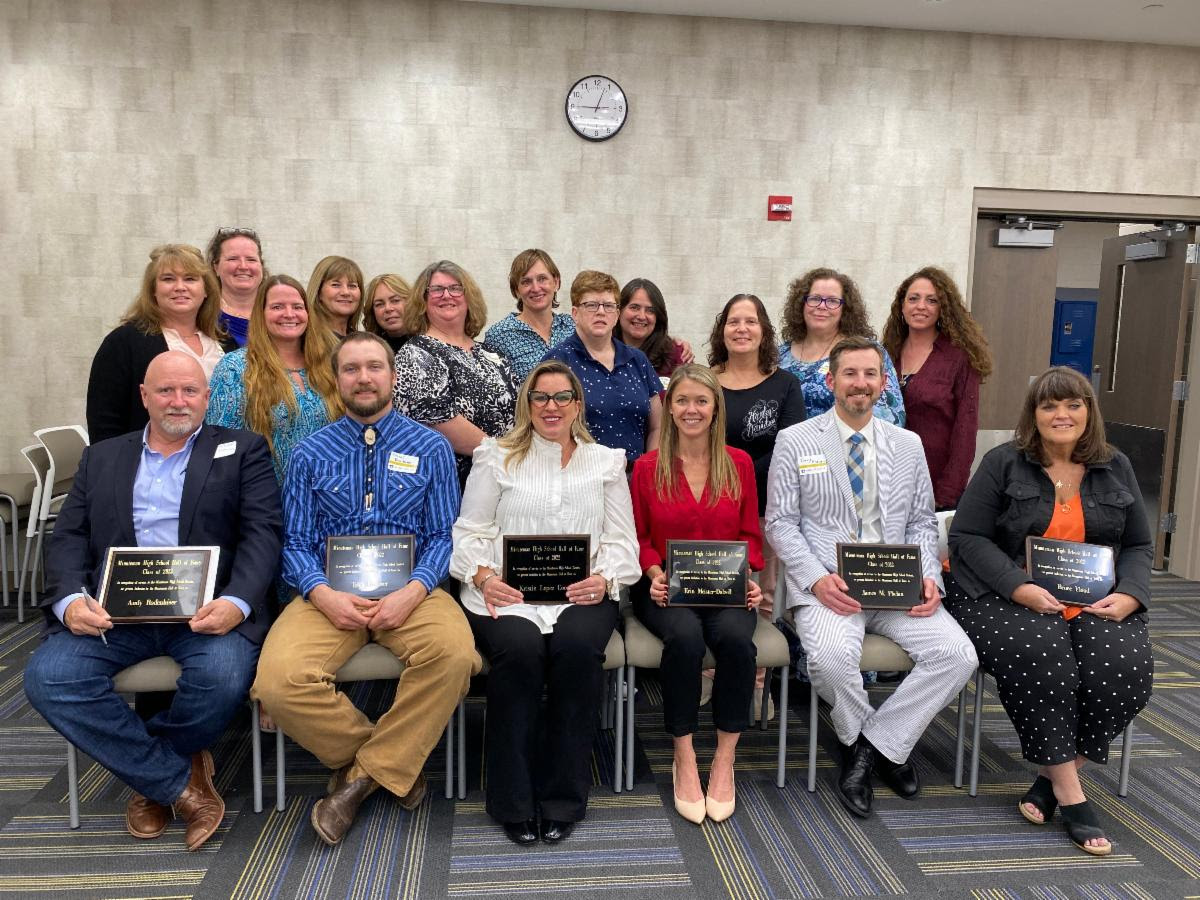 The Hall of Fame Ceremony has been held annually since 2012 but had been paused due to the pandemic. Nearly 100 people attended the event, which was held in the Paul Revere Conference Room of the new Minuteman building that was viewed by many attendees for the first time.

The Minuteman High School 2022 Hall of Fame inductees are:

Kristin Lopez Cooper '97 – Distinguished Alumna: Cooper has owned Alish and Aston Salon of Waltham since 2007 and recently opened a second location in Billerica.

Kristin comes from a large family of technical high school graduates, and as a teenager she worked at a salon owned by Minuteman alumni.

She now employs six Minuteman graduates at her salon and travels the country as an instructor for other cosmetologists for L’Oreal Professional. She loves mentoring and teaching young professionals.

James Phelan ’03 – Distinguished Alumnus: Phelan is the vice president of finance and operations at Verdox, a company in Woburn that develops technology to reduce carbon emissions.

James is an attorney and professional engineer with experience in finance, law and engineering at start-up corporations. He previously oversaw financial planning and analysis for Cabot Corporation and engineered environmental controls for ExxonMobil.

He holds a bachelor of science degree in chemical engineering from Worcester Polytechnic Institute and a juris doctor from Loyola Law School.

Erin Meister ’05 – Distinguished Alumna: Meister, an Arlington resident, is an award-winning scientific researcher and is currently a senior associate scientist for cellular process development at Bluebird Bio in Cambridge, which focuses on genetic diseases.

She was the Class of 2005 valedictorian, studied medical laboratory science at the University of Massachusetts Dartmouth and holds many medical research licenses and certifications.

She is currently an attending physician of musculoskeletal and sports medicine for WellSpan Medical Group in Gettysburg, Penn.

He has served on several municipal committees in the town of Medway. He is particularly interested in helping veterans transition from military to civilian life and often provides them jobs during this process.

Rodenhiser is a vocal proponent of expanding opportunities for career technical education.

He is a two-time state vocational champion and a two-time Commonwealth Athletic Conference champion.

He won the prestigious Catholic Memorial Invitational, beating nearly 200 competitors from across the northeastern U.S.

Tyler is known as one of the most accomplished runners in Minuteman’s school history. He also was high-performing academically and well liked by his teachers and peers.

Bruce Flood – Service to Minuteman: Flood was posthumously nominated after working as an automotive instructor at Minuteman for 19 years.

He was a regular chaperone and judge at SkillsUSA competitions, and he received several awards for being a master automotive technician.

Bruce was well known for staying extra hours to help students with automotive projects or anything else they needed. He would do whatever it took to help students struggling to understand automotive skills and would routinely provide a listening ear and life advice. He often cooked food for colleagues and was a friend to many. 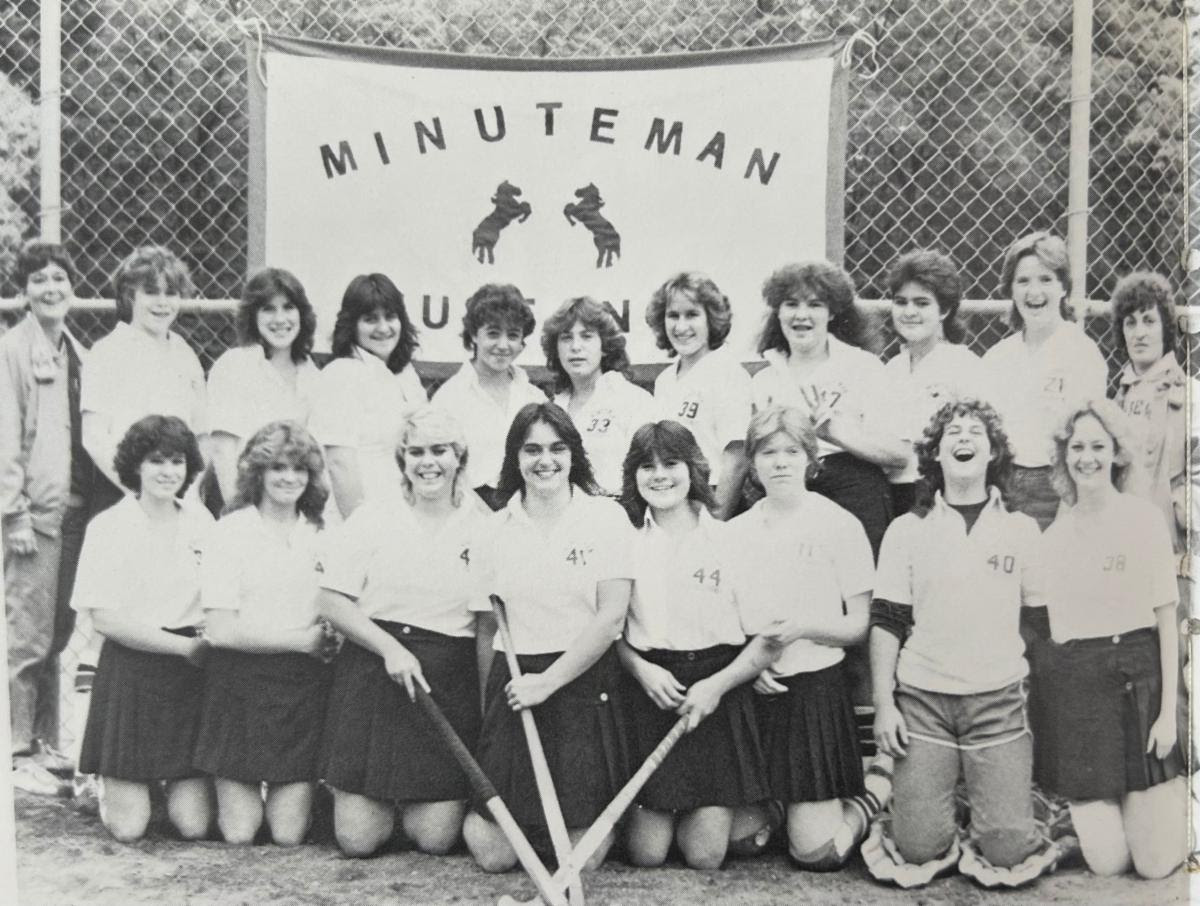 The 1984 field hockey team received the Outstanding Athletic Team Award. The student athletes are best remembered for their advocacy, commitment, and dedication to become Minuteman’s first female sports team to earn a spot in the state tournament. After their previous coaches left their positions and the team’s future was in jeopardy, the players advocated for new coaches. Dale Bevins and the late Sandy Lambrinos coached the team despite having no experience and sought guidance from a former U.S. Olympian.

“[The female players] wanted to show us that Minuteman was deserving of a girls’ team,” Bevins said. “Sandy and I were just the conduits. We supported their efforts and gave them the tools, but they did all the work. They truly did.”

This news announcement was published Friday, Sept. 30, 2022, based on information from Dan O'Brien, spokesman for Minuteman High School. It was updated Nov. 7, with information from O'Brien.