Your View is the place for opinion at YourArlington.com. It is the site's only blog. Please submit your opinions to be considered for publication on this site. The best opinions are those supported by facts. You cannot expect to be published if your views lack factual support or if you make personal attacks. For your views to be published, your full, real name is required.
Font size: + –
Subscribe to this blog post Unsubscribe
Print
2 minutes reading time (345 words)

How about some regret for the way Scott was treated? 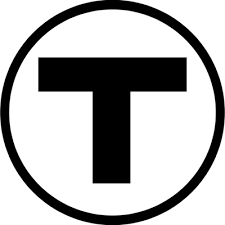 The following letter by Roger House of Arlington was first published in the Aug. 23, 2022, Boston Globe, under the headline "Let’s ride down memory lane to when Baker took office and Beverly Scott resigned” and is republished with the author's permission.

MBTA service will be a disaster for a month or more beginning this week, with the shutdown of the Orange Line and the closure of a section of the Green Line. As always, the riders most affected are in communities of color and the working class.

Many in the press have given the Baker administration a free pass on the matter. Looking back, however, Baker assumed responsibility for the T after the public humiliation of its first black, female general manager, Beverly Scott. In 2015, Scott was castigated as incompetent and assigned blame for the T malfunctions during severe snowstorms. She attempted to defend herself against criticism by Baker and others with the expression, “this ain’t this woman’s first rodeo.” It became a punchline in press reports.

Scott resigned under a cloud but not before trying to explain the fiscal reality of the challenge. According to one account, “As Scott left, she complained of chronic underfunding of the agency, which she said had made it difficult to maintain the system.”

Seven years after, the outcome of the Baker administration intervention is evident. Wouldn’t it be decent of Baker to offer a statement of regret over the discrediting of the former general manager?

It turns out that Scott was right. The root of the T problem is not so much an issue of competent management but rather one of sufficient funds to run an aging transit system. For that reason, voters should weigh the merits of the Fair Share Amendment on the November ballot.

It proposes annual investments of $2 billion in transportation and public education funded through a tax on very high incomes. It may be a better way to end a legacy of mass transit underfunding and inequity than unfairly blaming a pioneer general manager.