TOWN HALL AT ONE HUNDRED: Party in June 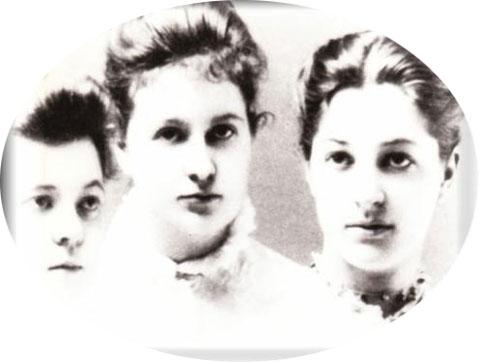 The year an iceberg sunk the Titanic the generosity of the Robbins' sisters led to the rise of a new Arlington Town Hall.

Their beneficence was this: A staunch public building designed by noted architect R. Clipston Sturgis with a memorial to Amos Robbins.

Add to that, in the words of the 1913 Annual Report, "an ornamental park, or garden, to be beautified by flowers, shrubs and bodies of water, and especially by a bronze figure, the work of our fellow townsman, Mr. Cyrus E. Dallin." The garden was dedicated to Winfield Robbins, who had died in 1910.

That is, what we have come to know as the Robbins Memorial Garden with Dallin's sculpture "Menotomy Indian Hunter," watching over it.

These two expansive gifts, of the five that the sisters bestowed on Arlington, will be honored at a party Friday, June 7, in and around Town Hall. The public is invited. The cost is $40.

"This is the event of the year for Arlington in 2013," said Bob Bowes, part of the committee planning the century-honoring event.

In a recent interview at Town Hall, he and Patsy Kraemer described the birthday party with enthusiasm and some mystery -- two surprises will be revealed that evening.

HOW TO GET TICKETS

Tickets for the June 7 event cost $40 and went on sale when Town Meeting began, April 22.

Marie Krepelka, the selectmen's administrator and a committee member, said April 24 that she had 300 tickets printed and the goal is to sell 250.

They are available at the selectmen’s office, second floor, Town Hall; Leader Bank branches in Arlington; and through Patsy Kraemer (781-858-8629 or pkraemer at town.arlington.ma.us).

Tastes of the program so far

The program was firmed up by May 2, and an update was requested, but so far, the centennial celebration will go this way:

If the weather cooperates, and it usually does at this time of year, history lovers will repair to the gardens overseen by Dallin's peaceful 1911 sculpture from 5:30 to 7 p.m. for a cash bar and hors d'oeuvres prepared by Tryst Restaurant.

Kraemer called the appetizers "substantial" but not "heavy."

As you're in the garden, look around. It was redesigned in 1939 by the Olmsted Brothers, heir to Frederick Law Olmsted, who fashioned the "Emerald Necklace" and founded U.S. landscape architecture.

If weather does not permit gathering outside, then cocktails will be served in Town Hall's second-floor hearing room, where a large portrait of Nathan Robbins (1803-1888) looks down. Painted by Theodore Auguste Rousseau, it catches Robbins surrounded by animals, including chickens, which is how he made his fortune.

Nathan made his selling at Faneuil Hall; Amos, whose portrait is also in that room, made his at Fulton Fish Market in Manhattan. Their successes later were bequeathed to the three sisters.

Four eras to be portrayed in auditorum

From 7:15 to 9 p.m., head indoors, to the Robbins Memorial Auditorium, to celebrate 100 years. Guiding you will be docents, members of the Arlington High Drama Club.

To help you imagine eras through which the hall, and its 100 Town Meetings, endured the centennial committee has devised a program with four historical narratives.

Richard Duffy will introduce each with illustrations.

Helping with the mood will be professional lighting by Boston A/V Productions of Somerville, owned by Alex Hanson of Arlington, an Arlington High grad.

"You'll feel the change," said Bowes, as the program moves from one era to the next. Here are some tastes:

* For the first quarter-century period, termed the silent-movie era, Selectman Kevin Greeley will play ragtime piano, and the audience will sing alone with the Selectones' performing "Take Me Out to the Ballgame."

* Portraying the period from 1938 to 1963, which includes World War II, will be the songs of the Andrews Sisters (played by three Madrigal Singers from AHS) as well as sounds from the Jazz Band. Bet you'll hear a Benny Goodman or Glenn Miller tune.

* The Madrigal Singers, led by Cheryl Christo, will switch gears, as the period from 1963 through 1988 did, and offer a song of protest. Earlier plans had a harder edge from an unexpected source, Tim Ruggere, the principal of Ottoson Middle School, who with his brother, were to recall some earlier times when they rocked out together. Ruggere wrote May 2: "We are not able to participate this year. We have played at other events but will be unable to do so this year."

* The last period brings Arlingtonians up to date as the Selectones and the audience to participate in every period and gets you ready for the surprises and the birthday cake. How it will look and who is baking it is to remain a secret until just before show time.

While you're in the auditorium, make sure to look up. The unique ceiling was fashioned by masons from Italy.

Let that detail take you back a century, to a time when Italians and other immigrant groups were part of a town that focused on farming. Its population had been 8,600 in 1900.

Despite its size at the time, "thousands" turned out on the shores of the Mystic Lakes in June 1913 for "The Arlington Pageant," written and planned by Mrs. Dallin, the sculptor's wife, to honor the then-new Town Hall.

The pageant peered far back into a time, before native Americans lived here and proceeded through the Revolution and Civil War to that pre-World War I year.

Look through a book about the pageant, and you will find some familiar names. Among the program-book advertisers: Shattuck, Rawson and Moxie.

If you want to see how Town Hall looked in 1913, you can find it among many woderful photographs in Duffy's "20th Century Reflections" (2000).

For information about participating in the 2013 program book, see the levels below and contact Bowes at BBowes at BowesRE.com.

Cochairs of the Town Hall celebration committee are Duffy and Greeley.