In preparation for digging of wells for an upcoming geothermal heating and cooling system in the Jason Russell House, the Arlington Historical Society has contracted to have archaeological fieldwork done on the affected portion of the grounds.

The Public Archaeology Laboratory of Pawtucket, R.I., was for a one-day excavation of an area northwest of the house, and that occurred Tuesday, Aug. 24.

Workers excavated by hand a series of test pits at four-meter intervals within the proposed project area. Any cultural materials will be bagged and tagged by level within each pit.

The proposed geothermal project was funded by Community Preservation Act funds and will help to improve climate inside the historic home with minimal invasiveness to historic fabric and at minimal ongoing cost. The house is not heated or cooled, and this will help to protect the material of the house itself as well as the objects within and also make it more comfortable for visiting public during summer and winter. 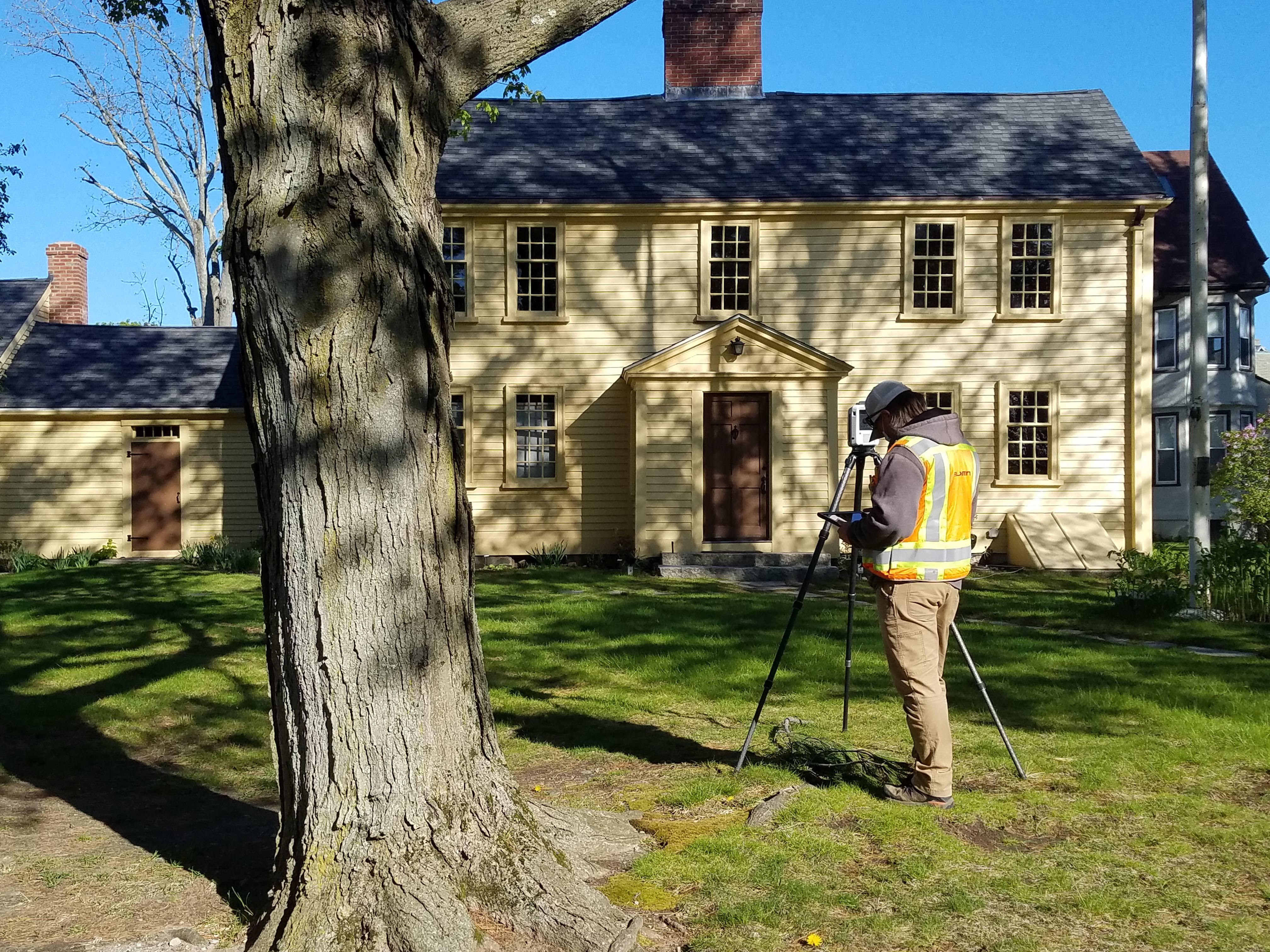 The geothermal project will require the digging of a three- to four-foot-deep, 40-foot-long trench running northeast from the house's northeast corner to a 40- by 20-foot drilling area. Three to five wells will be installed in the drilling area to a depth of 250 to 300 feet. There will be no aboveground structures associated with geothermal installation in keeping with property's preservation restriction and restrictions associated with its status as a contributing building to several historic districts in Arlington.

The Russell House grounds have been disturbed over the years as the land around the farmhouse evolved into the residential and commercial area we now know as Arlington Center.

Portions of the property were sold off by descendants so that by the late-19th century very little of the grounds that we know today survived. Several new homes were constructed around and in front of the house between 1884 and 1908.

The society purchased the house in 1923 and purchased and removed four surrounding buildings in the 1960s to provide a more period appropriate setting for the house and to make it visible from the intersection of Jason Street and Mass. Ave.

What we know about the Jason Russell House is constantly evolving based on ongoing expertise and analysis. In 2012, the society hired a dendrochronology firm to conduct tree ring dating of cores inside the house, which determined that the house was not built in two stages starting in the late 1600s as was previously believed. The house was likely built in a single campaign in the 1740s using materials salvaged from an earlier 17th century structure – likely a home he inherited from his grandparents.

This news announcement was published Thursday, Aug. 26, 2021. The source was a news release from the Arlington Historical Society via Patch.

For July 2019 photos, click here >> Boston Women's Market is scheduled to return to Arlington from…