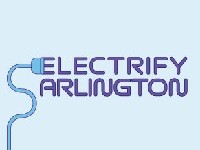 UPDATED Aug. 17: Arlington officials aim to have new and existing homes electrify, and a Boston Globe report describes some of the issues involved in the town's stance aimed at forestalling climate change.

The town, spurred by a vote of 225-28-2 in the 2020 Special Town Meeting, has become one of 10 communities in Massachusetts that have secured local approval and have submitted home-rule petitions to make electrical power a requirement.

In July, the town announced “Electrify Arlington,” a campaign aimed at curtailing Arlington’s greenhouse gas emissions. The goal is to power buildings and transportation in Arlington with clean electricity to achieve net-zero emissions by 2050. Arlington’s 2021 plan, endorsed by the Select Board, commits the town to this goal. Electrify Arlington is one of the net-zero plan’s high-priority efforts pursuing that goal.

The Aug. 15 Globe report looks at Millrun, a nearly complete small housing development in Concord. Many of the 14 one-, two- and three-bedroom homes are occupied. None has gas hookups nor oil or propane tanks. All the homes are completely fossil-fuel free, The Globe reports.

A new climate bill signed last week by Gov. Baker contains a provision aiming to change the carbon landscape in Massachusetts: 10 communities in the state can participate in a pilot program that bans the use of fossil fuels in new buildings and major renovations.

Cutting emissions from buildings, which account for nearly one-third of emissions in Massachusetts, is key to addressing the climate crisis and reaching the state’s goal of net-zero emissions by 2050. To get there, the state’s climate road map calls for widespread electrification of homes, primarily through the use of heat pumps that use electricity to heat and cool homes.

Progress has been slow, but updates to the energy-efficiency program Mass Save seek to change that, with new incentives of up to $10,000 for installing heat pumps as the sole source of heating and cooling.

With this law, Massachusetts allows communities to stop the spread of fossil-fuel dependency — permission that at least nine other cities and towns have sought since Brookline first passed a ban at its 2019 Town Meeting, only to have it deemed unlawful by Attorney General Maura Healey.

The climate bill doesn’t dictate which 10 communities will participate in the study. It does require that each community receive local approval, that it file what’s known as a “home-rule petition” asking the Legislature for special permission and that it meet an affordable-housing requirement. It also exempts laboratories and hospitals from the ban.

The state is asking participating communities to gather data — a lot of it — on emissions, building costs, operating costs, the number of building permits issued and other criteria. The idea is to answer the question: What happens when cities and towns ban fossil fuels, and what lessons can the state learn before it considers taking a bigger step?

“It will, ideally, show that a natural gas ban or a building electrification requirement is feasible, cost-effective and not something to be afraid of, particularly in the Northeast region of the country,” Amy Turner, a senior fellow with the Cities Climate Law Initiative at Columbia University’s Sabin Center, told The Globe. “By allowing a handful of municipalities to go ahead and do this, we hopefully will get some more data to support building electrification movement generally.”

Ten cities and towns, including Arlington, have secured local approval and have submitted home-rule petitions. The others are Cambridge, Newton, Brookline, Lexington, Concord, Lincoln, Acton, Aquinnah and West Tisbury.

It’s unclear whether all will meet the affordable-housing requirement, and other towns and cities can still apply. The Department of Energy Resources will decide which communities participate.

On Tuesday, Aug. 16, Boston sought state permission to ban fossil fuels from new construction, a step toward reducing climate-harming emissions on a large scale, Mayor Michelle Wu announced, as The Globe reported. If Boston were to pass a ban on fossil fuels in new buildings, it would be among the first major U.S. cities to take the step, joining New York City, Seattle and Washington, DC.

A chance remains that Boston will be able to join the pilot. The climate bill requires that communities meet an affordable-housing requirement — either with 10-percent affordable housing or via an approved zoning ordinance providing for at least one multifamily housing district — and it’s unclear whether all 10 communities that have filed so far will be able to do so. They will have 18 months to meet the requirement, and if it doesn’t happen, they lose their spot.

The fossil-fuel ban was among the most controversial provisions in the new climate law, The Globe reported. Just days before he signed it, the governor said at a press conference that he was considering vetoing it because he worried that the fossil fuel provision might make it harder to build affordable housing. Critics of the ban have noted that the communities angling to join the pilot are all relatively wealthy. Should Boston join, that would provide a strong test-case for implementing a fossil fuel ban in a more diverse city.

Baker decided that the other attributes in the bill made it worthy of his signature, but he expressed concern about the gas ban. “I’ve thought for a long time that the cost and supply of housing in Massachusetts is, in fact, one of our most existential threats,” Baker said in an interview with The Globe.

Dan Gainsboro, chief executive of NOW Communities, which is developing Concord Millrun, said Baker is not wrong to worry, because there is a considerable cost associated with constructing buildings that run without fossil fuels. “What you’re changing is the building envelope, and that’s a huge change,” he told The Globe.

But while such work has historically increased costs by roughly 10 to 20 percent, he said, it saves homeowners in the end by making the buildings much more energy efficient.

The recent increases in Mass Save incentives have also helped close the gap, he said. That finding was underscored in a recent report commissioned by the state Department of Energy Resources, which found that, thanks in large part to the new rebates, it now usually costs less to build fully electric for new residential buildings.

According to the state agency, new large and small single-family homes and six-unit multifamily buildings would all be less expensive when made all-electric, compared to gas. The only exception was a new townhouse, which would cost the builder more because of the specific insulation needs for the building type, but would still result in annual mortgage and energy savings of $316 for the buyer.

“This isn’t a study undertaken by a liberal think tank. It’s not a study undertaken by the Legislature. This is Charlie Baker’s Department of Energy Resources, reassuring us that the all-electric house is more affordable,” state Sen. Michael Barrett, a Democrat from Lexington, told The Globe. He negotiated the bill with state Rep. Jeffrey Roy, a Franklin Democrat.

Now that the climate bill has passed, the Department of Energy Resources can issue regulations, due by next July 1. Those regulations would likely hammer out some of the details of how the ban will be implemented, including how to define a “major renovation” and how to best protect affordable housing.

This news summary was published Monday, Aug. 15, 2022, and updated Aug. 17, to update affordable-housing information. It is based on information provided by The Boston Globe and YourArlington founder Bob Sprague.