A new window opens up at Capitol Square 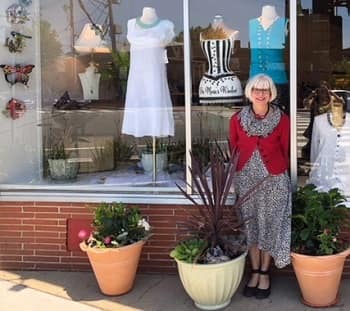 Just in time for Feast of the East, a new shop has opened in Capitol Square.

The Muse's Window has brought its intriguing name -- and responsibly made, artistic jewelry, clothes and handcrafts -- to 191 Mass. Ave., next to Olivio's Restaurant.

Owner Karin Biow is enthusiastic about the warm welcome she has received from Square business owners. “I feel like Goldilocks,” she said in a telephone interview June 12, calling Arlington “just right.” (That is, not too cold and not too hot.)

Her goals? A place that is “small, intimate, personal,” but not too small. Biow is pleased with larger, street-level space in Arlington and a generous window to display wares she calls “artsy, different, whimsical.”

She looks for “small-batch” items made with fair-labor practices and natural, healthy materials. “Whenever possible, our goods are locally sourced or American made.” 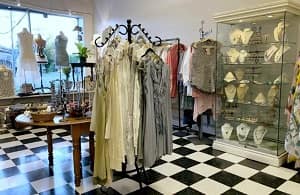 Inside The Muse's Window.

The opening is welcome. The Muse's Window occupies what was Tony's All-Sport Barber shop, until he moved across from Town Hall. On its other side is space where Luv + Other Gifts once was. Not far down, the now-closed Artwear.

Biow says her shop has evolved through several iterations. It began in 2001, right after the terrorist attacks on 9/11, as a craft gallery in Lexington, occupying a former school house, across from the post office.

In 2006, she moved to the Depot in Concord, then a smaller, second-floor space, with steep rent. Over 12 years, she weathered the economic downturn until she found more agreeable space. Added to its offerings of crafts and jewelry a few years ago were women's clothing. The spot began its soft opening June 1.

Asked why she chose her store's name, she said she has been an English teacher, likes to write, enjoys poetry and is attracted to the notion of finding one's muse. 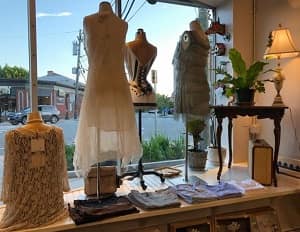 Closer look at what is in the window.

Her attraction to crafts began young, as her mom was a potter. She grew up in the Washington, D.C., area, and went to George Washington University, receiving a degree in city planning. Her work in that realm gave her a broader perspective about economics and social conditions.

Moving to retailing, she found that in her store, she can better express herself.