UPDATED Nov. 3: Information, compassion and Narcan are the tools local authorities are using to combat the continuing scourge of opioid overdose in Arlington. The town has been in the forefront of regarding the situation as a medical issue, rather than a criminal one, for nearly a decade.

With fewer overdoses but more than twice the fatalities this year so far compared to all of last year, efforts to improve the situation continue, including an educational seminar held Oct. 27 at Arlington Catholic High School. and another one set for Nov. 3 at the community center.

At the latter event, attendees will be able to take home a free dose of the nasal spray Narcan, a trade name for naloxone -- one of the best single remedies currently known to quickly reverse an overdose, although further medical assistance, usually in a hospital, is still needed. 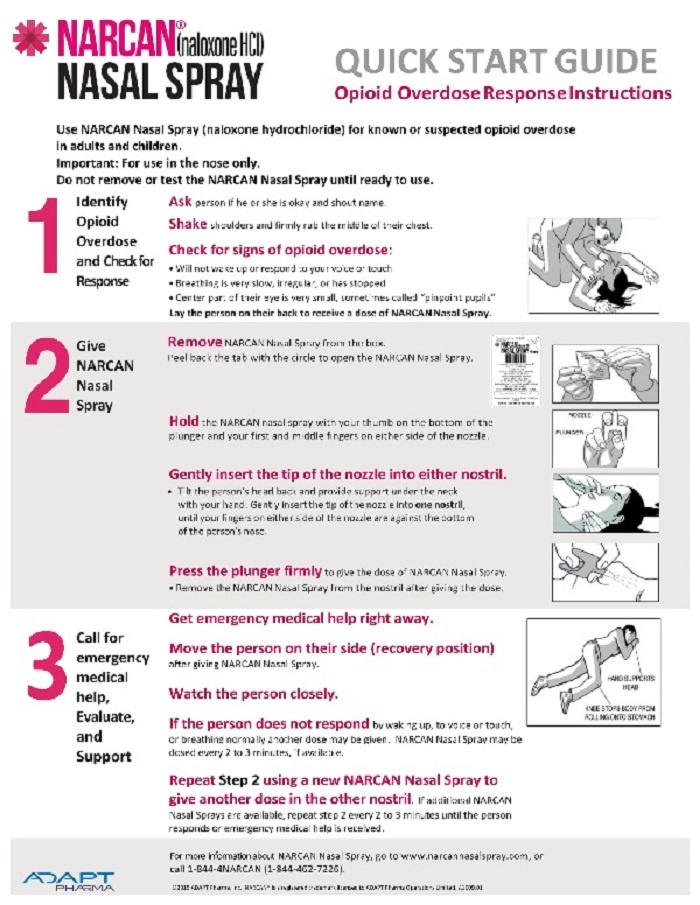 Figures provided last week by the Arlington Police Department, based on known local rescue efforts, show 32 overdoses in 2021, two of them fatal, and 19 this year as of Sept. 30 -- five of them fatal. Over that nearly two-year span, 78 percent were male, 22 percent female and the age range is 18 to 66, with the average age of 36, according to updated APD statistics.

“Unfortunately, the opiate crisis continues to affect those struggling with addiction across the country, and in Arlington as well,” wrote Capt. Richard Flynn of the APD in response to a YourArlington email query. “We continue to provide services through our Arlington Opiate Outreach Initiative.”

“Narcan education and availability is one of the key concepts to help in this crisis,” he continued. “With that, we recognize the need to continue to provide opportunities to meet with the community, educate them about the signs of overdose, how to respond and how to properly administer Narcan.”

The APD’s approach also includes the following, according to materials provided by Flynn:

Nearby communities among those of concern

The opioid-overdose situation is commonwealth-wide and nationwide. In Massachusetts, Arlington is not listed as a municipality of great concern, though two nearby communities – Cambridge and Burlington – are.

According to another portion of the state website, overdose deaths throughout Massachusetts were [on average] almost 9-percent higher in 2021 than in 2020, though still much lower than the nationwide average.

“There were 2,290 confirmed and estimated opioid-related overdose deaths [in Massachusetts] in 2021, an estimated 185 more deaths than the prior year.”

The state website goes on to state that “Fentanyl remains a persistent factor in opioid-related overdose deaths in Massachusetts. Preliminary data show fentanyl was present at a rate of 93 percent where a toxicology report was available. The presence of fentanyl has increased about 1 percent per quarter since 2016, including in the prepandemic period from 2017 to 2019, when opioid-related overdose deaths in Massachusetts were on the decline.”

Opioids include a variety of prescription medication that can be properly used for certain cardiac conditions as well as to relieve pain after surgery or injury, or regularly in some patients living with cancer or other extremely painful conditions. However, prescription medication is sometimes abused and is often stolen for that precise purpose. Opioids include, among others, the immensely powerful fentanyl, a synthetic opioid, which is sometimes prescribed but most often manufactured and obtained illegally; and heroin, which has been illegal for decades.

According to the Centers for Disease Control and Prevention, or CDC, nearly a million people have died from drug overdoses in the country since 1999, and most of those deaths are due to opioids, especially synthetic opioids. In 2020, the latest year for which reliable statistics are available, three-quarters of all overdose deaths nationally were due to opioids.

This news summary was published Sunday, Oct. 30, 2022; updated Nov. 2, 2022, to update local statistics to show that fatal opioid overdoses in Arlington more than doubled in the first nine months of this year compared to all of 2021; and updated Nov. 3, 2022, to add information from the CDC on the national situation.

A presentation on the "Arlington Opioid Outreach Initiative" was held at 6:30 p.m. Thursday, Oct.…