On June 28, Armstrong was the host for K-9 first-aid training at its Arlington headquarters. Armstrong partnered with the Arlington Police Department's K-9 officer, Mike Hogan, who brought his personal dog, Ivy, to support the effort.

The training was led by Dr. Beth Eisenberg of the Massachusetts Veterinary Referral Hospital in Woburn. It was coordinated by Armstrong Field Operations Manager Victor Marchese. 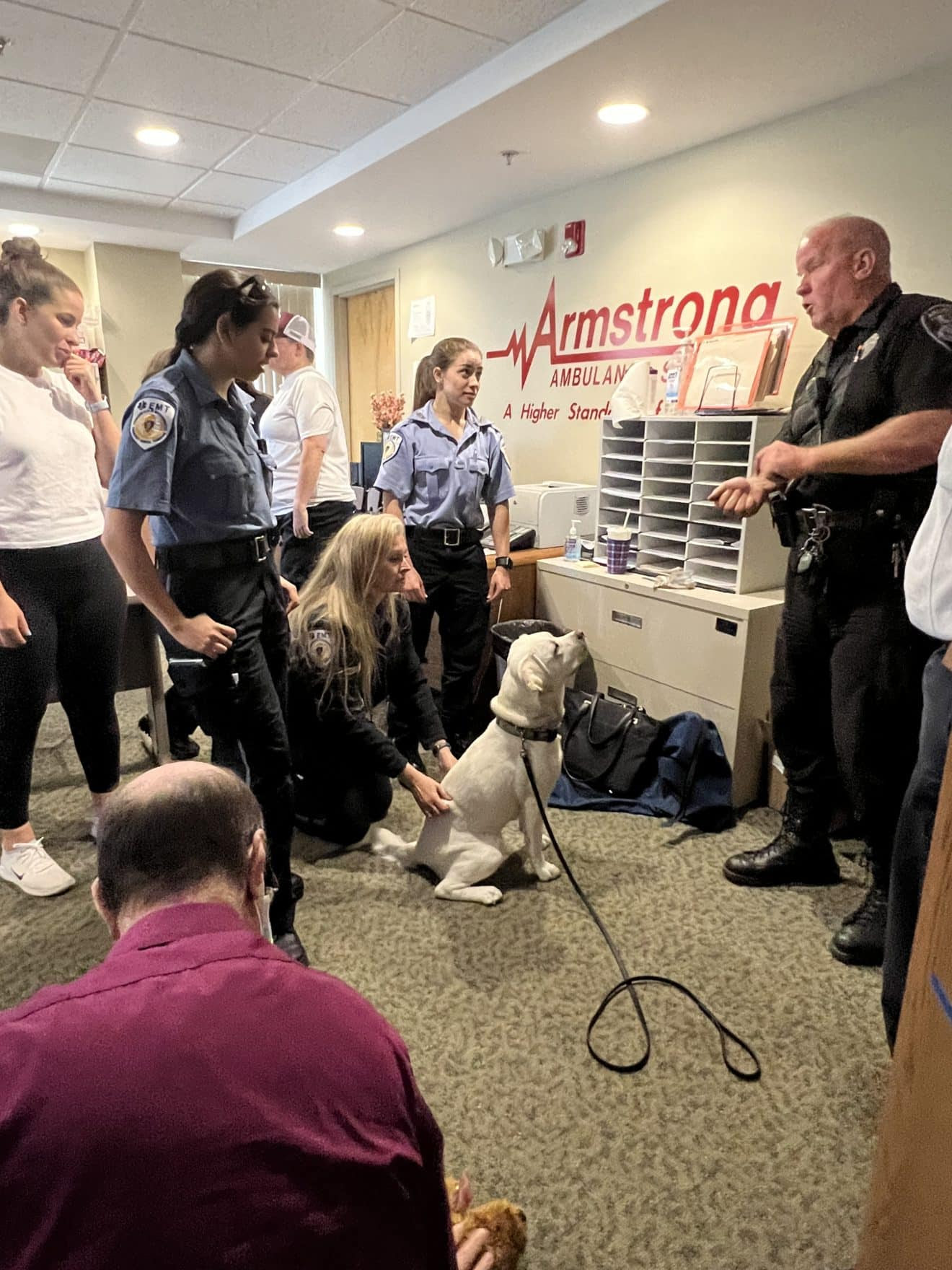 The training aimed to align with a recent change to Massachusetts state law -- Nero's Law -- which permits ambulance operators to treat and transport police K-9s. The law is named after K-9 Nero, the retired partner of the late Yarmouth Police Sgt. Sean Gannon, who was killed in the line of duty in 2018 while serving a warrant.

Eisenberg led Armstrong EMTs through an in-depth series of exercises on how to treat and transport police K-9s injured in the line of duty. She highlighted the specific techniques first responders would need to splint an injured leg, bandage a wound and control hemhorraging, assess vital signs, administer an IV, muzzle an injured K-9 and perform CPR. She also highlighted the proper way to transport an injured K-9 via ambulance.

Before passage of Nero's Law, emergency medical providers were forbidden from rendering aid or providing transport for K-9s injured in the line of duty.

"This is an important skill for our team to have, and we're grateful to Victor for making it possible, and to Dr. Eisenberg, Officer Hogan and Ivy for taking part in helping our team learn," Armstrong CEO Rich Raymond said.

"Nero's Law is a positive step forward and, while these are skills we hope to never need, it's essential that first responders be prepared to provide life-saving aid."

This news summary was published Sunday, July 10, 2022, based on a news release by Jordan Mayblum of John Guilfoil Public Relations. Bob Sprague edited the release.

Creations by local artists to be displayed in late August

There was a recent call for wall art to be…