Six new officers have joined the Arlington Police Department after graduating as part of the fourth class of the Cambridge-Northeastern Police Academy on Saturday, June 25, Chief Julie Flaherty has announced. 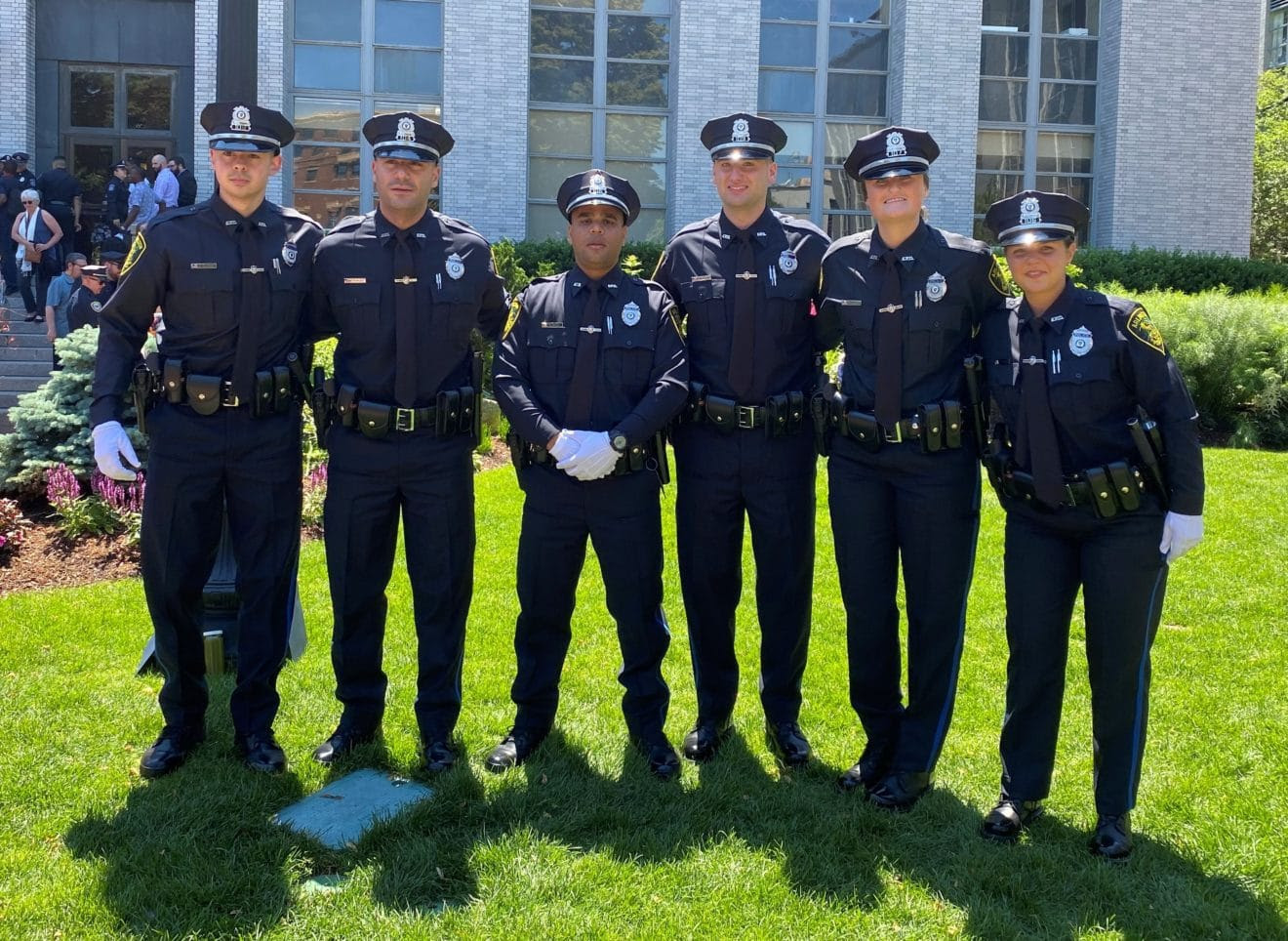 In a July 5 news release, Chief Flaherty welcomed the officers and congratulated them on graduating.

"The academy is a comprehensive training process that includes skills-based training as well as community-centered experiences that helps prepare new officers for all aspects of police work," She said. "I am confident that these officers will be assets to our department and serve the community with excellence."

Fimiani, a graduate of Arlington High School, holds a bachelor's degree from Assumption College in organizational communication with a minor in political science. He also received a special recognition award in Emergency Vehicle Operator Course testing from the academy.

Hachey-Magliozzi, a graduate of Arlington High School, is working toward a degree from the UMass./Boston.

Hickey holds a bachelor's degree in criminal justice from Plymouth State University in New Hampshire. She is a graduate of Arlington High School.

Koslowsky holds a bachelor's degree in criminal justice with a minor in sociology from Merrimack College. He previously worked as a dispatcher for the department and is a graduate of Arlington High School.

Shah immigrated to the U.S. from Nepal and is multilingual. He was previously employed by the town in a different role.

Each officer will now be paired with a field-training officer to complete 12 weeks of training. They will be familiarized with APD policies and procedures and will be observed and evaluated by their field training officer throughout the 12-week program.

In addition to traditional skills-based training, the Cambridge-Northeastern Police Academy helps recruits practice listening to and talking with community members, which is centered on the idea that policing is a “people business” and their interpersonal skills can greatly influence their success and impact as an officer. A key part of the training is experiential learning during which officers engage in scenario-based activities and community outreach. The academy, which is certified by the Massachusetts Police Training Council, was piloted in 2019.

This news announcement was published Tuesday, July 5, 2022. It was written by Leah Comins of John Guilfoil Public Relations.