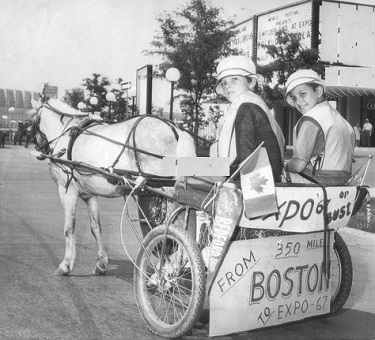 UPDATED Sept. 26: Spy Pond Productions of Arlington has announced that the film directed by Eric Stange has been acquired by The New York Times Op-Docs, the award-winning series of short subject documentaries. The film debuts on the website (nytimes.com) and The New York Times YouTube page. There is no paywall.

Read the story from last April by Marjorie Howard.

UPDATED Sept. 22: In 1967 two young boys and their beloved pony took off on a monthlong adventure that brought them fame, fun and a wealth of great stories. Tony Whittemore, 11 at the time, and his brother Jeff, 9, drove a pony cart from their home in Needham to the Montreal World’s Fair.

Their story has now been made into a documentary called “Pony Boys,” directed by Arlington filmmaker Eric Stange, with music by John Kusiak, also from Arlington. The movie had its premiere on Saturday, April 30, at the Independent Film Festival of Boston at the Somerville Theater.

The idea to go to Montreal came from Tony, of Webster, who thought it would be like DisneyLand with rides. Jeff, meanwhile, now an Arlington resident, didn’t even know what the World's Fair was.

With five children, the family didn’t have the means to take everyone, so their mother, Margaret, decided the two boys could go on their own, traveling in a cart pulled by their pony, King, who lived in a barn on their four-acre property along the Charles River.

Mom was a fun-loving person, a lively spirit.”
-- Jeff Whittemore

“Mom was a fun-loving person, a lively spirit,” said Jeff, who realizes lots of parents would never have allowed such a thing, let alone thought of it. But she didn’t just send them off. The brothers say their mother did a lot of preparation, mailing letters to town officials in places where the boys would be stopping. The result was that when they arrived, people always came out to greet them and found them a place to stay.“Sometimes,” Jeff recalled, “we’d have a police escort. It was a lot of fun.”

ACMi catches up to Arlington filmmaker Eric Stange about his “Pony Boys,”
set to premiere at the Independent Film Festival Boston, Saturday, April 30:

Once the press got wind of the 350-mile trip, the boys were interviewed by The Boston Globe, the Patriot Ledger and other newspapers. They even appeared on the CBS News. All this attention surprised the boys, and Tony grew comfortable being interviewed.

The boys usually stayed with a family that had provisions for horses. “We thought we’d be working for our room and board, but being the celebrities we were, we were guests at peoples’ houses,” said Jeff. “ It was fun for them and for us.”

The boys made it to the fair and had a great time but were surprised when they learned it was nothing like Disneyland but instead an exhibit for countries and companies. Meanwhile, a local bank paid for the rest of the family to join them. “It was a little anticlimactic,” said Jeff. “The real fun was the trip itself.

Not everyone approved of the adventure: The family received supportive letters and phone calls but also heard from people saying Margaret had no right being a mother and that they were abusing King, who actually was receiving excellent care.

The boys had no qualms about traveling on their own and for them it is the grand adventure and highlight of their childhood.

For Tony, the trip helped shape his personality.”It took an awful lot of faith and courage for mom to make this decision. It’s difficult for me to put into words how grateful I feel. It made me who I am. I’m an outgoing person and that was fertilized when we made the trip.” 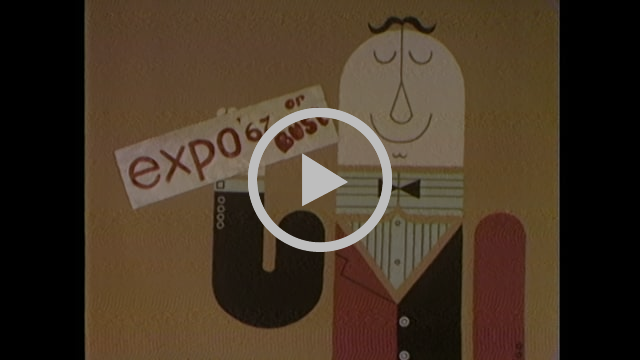 Today Jeff owns an Arlington company called ZipWall, which manufactures dust-control equipment for construction sites. Tony owned a cleaning company and is now semiretired, overseeing property he owns. They are related to the Whittemore family of Arlington, including Samuel Whittemore, the oldest known combatant in the American Revolution.

Each is the parent of two children. Would they let their own kids take such a trip? Tony hesitates and isn’t completely sure, though with the advent of cell phones and social media he thinks travelers would be safe. Jeff says he would but adds with a laugh, “My wife wouldn’t.”

An additional showing of “Pony Boys” took place on Sunday, May 1, at 6:15 p.m., at the Somerville Theater. The 25-minute film is the second in a program of short documentaries.

At left is a trailer from The New York Times.

June 9, 2021: Behind the Kusiaks' background music

An unexpected proposal ... and after that, McDonald's

Cherag Selhi and Kirti Bhagria match their fries. / @Angelinarose_photography Let's hazard a guess: Most couples thinking about a venue to pop the question do not consider McDonald's. Cherag Selhi bucked the trend. The Arlington High School grad who grew up in East Arlington has also grown up at…