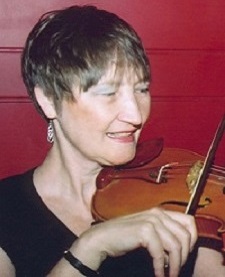 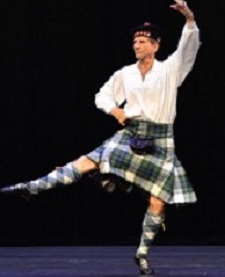 One small corner of the world's heritage of tunes and dance, thousands of miles away from where they began, is being kept fully alive by two longtime Arlington residents.

The years of steps and lilt they do with fellow musicians on the long dance floor at the rear of their Washington Street home are to be reflected in the Nov. 12 performances in Lexington with fiddler Alasdair Fraser with cellist Natalie Haas. Behind the event is the Royal Scottish Country Dance Society, with which the McOwens have long connections.

The McOwens, who brought a bit of bonnie Scottish verve to their Turkey Hill neighbors early in the pandemic, sat down recently for an interview to talk about the music of their lives.

Bob grew up in Long Beach, Calif., and rock guitar grabbed him early. He graduated in 1973 with a degree in math from Harvey Mudd College, in Claremont, and then pursued degrees at Berkeley.

Barbara, also from California, was drawn to the work of C. Stewart Smith, who helped build Early Scottish Country Dancers in Los Angeles. A fledgling violinist, she turned to fiddling and remembers the exact date -- May 3, 1971. She also remembers a trip to St. Andrews, in Scotland.

The couple met while drinking in Scottish music and dance at Berkeley in fall 1973. She recalls asking him her big question: "Do you play guitar?" He did.

After playing Scot tunes at Friday-night classes, they recorded the first of three LPs -- remember 33 1/3 rpm? -- and the Berkeley Scottish Players became the first such group to do so. See the group here, about 1976, including Barbara and Robert >>

"Without meaning to," she said, we "created first Scottish fiddle band [with the] first woman in U.S."

In 1978, Robert received his doctorate in math; the couple married in 1979 and moved to Arlington that year.

The same year, Barbara founded Tullochgorum, a group that performs traditional music from Scotland. "Music to dance to," she said. As to dance, Robert has a Boston Scottish Dance certificate in the skill and teaches it.

Performing this traditional music -- for which they have high respect -- means returning to the 1700s. You can best do that via Cape Breton fiddlers. Two they knew were the late John Campbell and legendary Joe Cormier. To savor some of the sounds, listen to "Miss Stewart of Grandtully" and "Strathspey" by Neil Gow.

To each their own

Talking over tea and cake on a sunny Sunday in mid-October, the couple explained their preferences.

Barbara says she fits with the violin, which she also teaches, and plays it better. She declares the instrument "historic, energetic, upbeat." She is "full-time music," teaching and arranging.

Robert, who has been chair of mathematics at Northeastern, said he has three hats: The first is math, the second dance, the third music.

He plays bass and teaches Highland dance and is considered among the best-known Highland dancers in the U.S. He has taught in Scotland, Japan, Australia, New Zealand and Canada.

Asked about the specific connection between math and music, Robert said, "Not very much." He sees them as different paths to his brain. He says he knows "very few [mathematicians] who can dance."